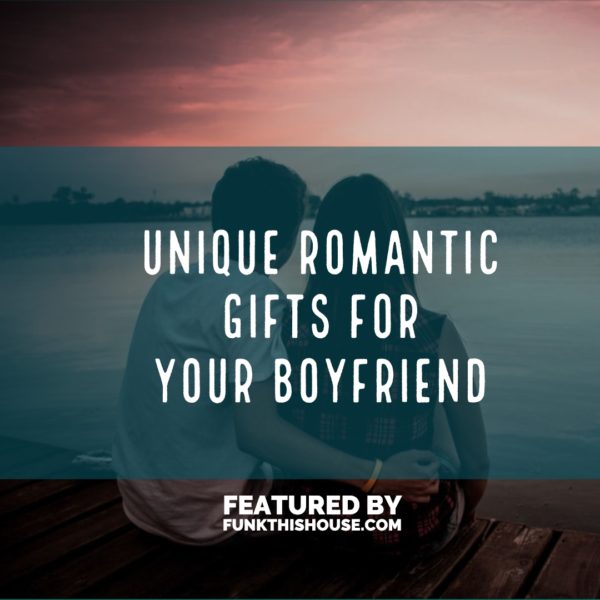 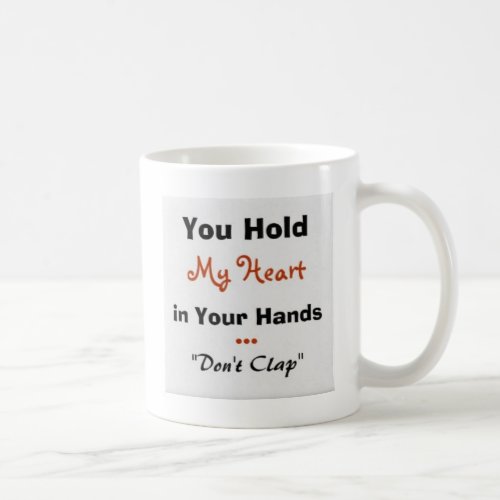 Funny Love Quote on a Mug

Romantic Gift Ideas for a Boyfriend

What type of man is your guy? The “Intellectual Guy’s” romantic gift may be slightly different than the “Geek Guy’s” idea of romance.

Below you’ll find romantic gift idea suggestions based on the type of personality that best describes your boyfriend.

Although, in general, men prefer gifts that are playful and practical, such as computer software, tools, and sports equipment, with some creativity, you can work romance into these selections.

Romantic Gifts for Him

is an excellent idea for your outdoor boyfriend. It makes the statement that you love him and that you understand and appreciate his passion for what he loves to do.

It makes a great gift if your guy is on the road a lot, and you want him to carry a memento of your relationship with him. Who knows how handy this little love item will be.

Romantic Gifts for the Metro Man – A Message in a Bottle

If you’re wondering whether your guy qualifies as a metro-man, he qualifies if he defines his manhood more creatively. He’s secure with himself, so being sensitive isn’t threatening. He’s fashion-conscious and keeps himself groomed most of the time.

What kind of gift would you purchase to romance the metro-man? As you probably already guessed, there are plenty of choices. However, a message in a bottle screams sensitivity and passion.

Since he is the sensitive, creative type who freely expresses himself, he may very well appreciate the unique nature of a Message in a Bottle Gift. Check them out.

For Your Geek Boyfriend

Well, nothing says you love him and understand him more than a geeky math clock. Whether he’s a teacher or just a lover of numbers and equations, this kind of clock is sure to please his quirky, somewhat off the wall nature. You’ll know he appreciates it if you see it front and center on his wall. He’ll probably put it in a place that most decorators wouldn’t. That’s ok; it’s his to do with what he pleases, right?

It also makes a perfect addition to his classroom wall if he’s a teacher or his office, where he spends umpteen hours working on complicated problems aimed at solving the mysteries of the universe.

Romantic Gift for the Hipster Boyfriend

According to the Urban Dictionary, the definition of a Hipster is someone in their twenties or thirties who doesn’t roll with the crowd and prides themselves on their independent thinking. They tend to be politically progressive with a leaning towards the arts. They are known for their creative nature, their ability for critical thinking, and their charming wit.

This Hipster Bag can easily have a romantic twist included with it: You can put a loving note inside, hidden, so he’ll accidentally find it a later time. His unconventional side may appreciate the personal nature of this gift.

So he’s either a Chef or a wanna-be Chef. If that’s the case, Romantic Gifts for your guy are endless.

A thoughtful yet affordable gift for your boyfriend who loves to cook is these lovely silver chef hat cufflinks, with a gift box included.

If he’s the type of guy who is very fussy about what goes in his kitchen, then you can hit the romance side of things by incorporating what he’s passionate about in personal jewelry.

Romantic Gifts for the Devoted Dad

If your boyfriend is a Dad, then there’s nothing better than giving him a gift that honors him for something he does day in and day out, parenting.

This beautiful wall decal expresses words that honor him as a father.

By respecting him as a loving father, you are honoring him in a way he may rarely see. Do it from your heart.

So your boyfriend is all about staying healthy? Well, aren’t you the lucky one.

A health-related gift basket, tells him you understand who he is and have taken the time to select a gift conducive to his lifestyle.

Choosing a healthy gift basket gives him a break from the hard work of staying fit without compromising all that hard work.

Romance for the Intellectual

How about a jigsaw puzzle of romantic Paris.

The standard gift for the intellectual man is a book. Of course, if he has Kindle or other eReader, you can also purchase an eBook for him.

If you want to stick with a book, write a poem or personal inscription on the inside.

Spiritual Gift for Your Boyfriend

Give the gift of wind chimes. If you’re not aware of the history behind the meaning of Chimes, they hold different meanings from various parts of the world.

Chimes in Ancient Rome were said to ward off evil spirits. In Western and Eastern Asia, they’re used to keep away birds, as well as evil spirits and to encourage good luck. In Asian culture, they’re popular in Feng Shui.

Your gift of good luck may be greatly appreciated by your boyfriend.

Romantic Gift for the Professional Boyfriend

So your guy is a professional, and you’re trying to figure out what would be a loving gift that respects his personality while at the same time expresses your love for him; is that about right?

Well thinking a little outside the box will help you be creative with some traditional basic gift ideas. Don’t hesitate to add a romantic card or a romantic CD to a more traditionally practical gift. Or you can respect his professional nature by tapping into his fun side, and give him a gift that appreciates the silly aspects of his personality. Is he quirky, is he a sports person, is he a clean freak? All of these sides are great ways to come up with creative romantic gifts for him.

Probably the most predictable gift is a lovely ring, engraved with something touching. Don’t be afraid to be anticipated.