Jack Vettriano is a Scottish Painter born with the name “Jack Hoggan” on November 17th, 1951, in the seaside town of Methil, Fife.

His self-taught art earned him the nickname “The People’s Painter.”

He didn’t take up painting until the 1970s, and even then, it was only a hobby. His girlfriend bought him a set of Watercolors on his 21st birthday, which began his journey into the arts.

His very first painting was under his original name, “Jack Hoggan,” and was a copy of Monet’s “Poppy Fields.” He first submitted his work to an Art Exhibition in 1984 at the Kirkcaldy Museum and Art Gallery.

He received his big break in 1988 when he submitted two pieces to the Royal Scottish Academy annual show, where both pieces sold on the very first day. He was then approached by several other galleries who became interested in his work, and at around that point, moved to Edinburgh, Scotland, where he changed his name to Jack Vettriano. This name “Vettriano” stems from his mother’s maiden name, where he added an “a.”

His art tends to reflect the romantic film noir genre and some nude themes. If you had to categorize Vettriano as a painter, he would be described as a Contemporary artist. Although he is said to get over six figures for an original piece, apparently, he still earns more in reproductions.

Where his Inspiration Comes From – Jack Vettriano Artwork

From what I’ve read, understanding Jack Vettriano’s inspiration is not a complicated feat. Being that he is a self-taught, self-made man, real-life finds its way onto his canvas. That realism allows you to feel the story he’s painted or imagine the story as you feel the painting.

He is said to have a lifelong obsession with a provocative woman dressed in stockings, bright red lipstick, and low-cut tops. You’ll see some of his art based on this.

Also, look for his art to reflect another interest of his, “nostalgia” – He often paints places of the past (sometimes from his past), dance halls, beach fronts, and railroad stations.

Back Where You Belong by Jack Vettriano

What I see here: A time when life seemed more straightforward. A man and a woman who have been apart for an extended period and whose arms ached for that connection they missed so much. They feel almost lucky to be sharing this time, as though being with each other is a rare and precious gift.

According to the man himself, he’s stated that his inspiration came from “25 years of sexual misbehavior” – visibly expressed in each piece of art, either directly or indirectly. 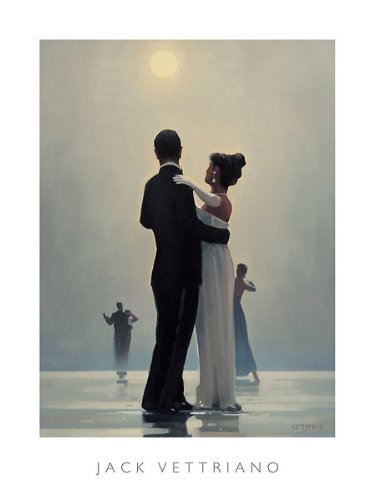 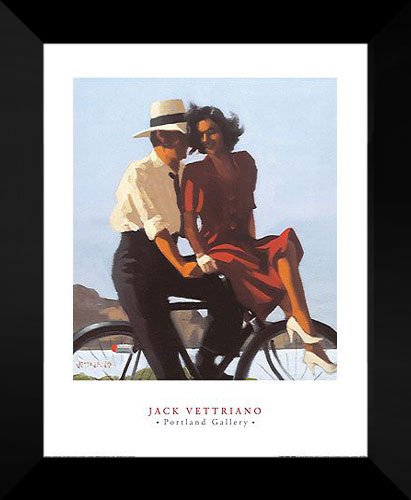 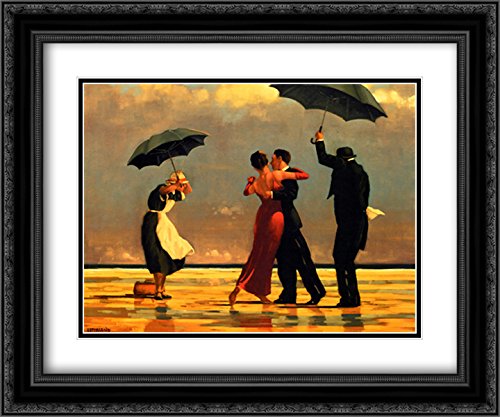 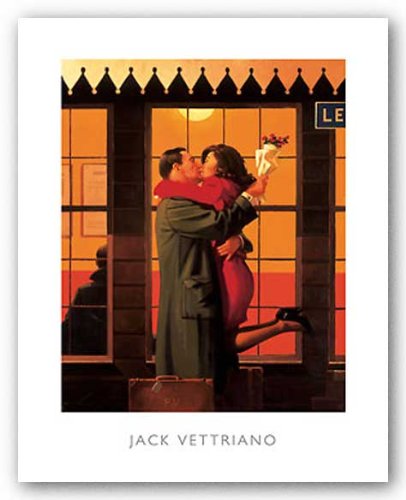 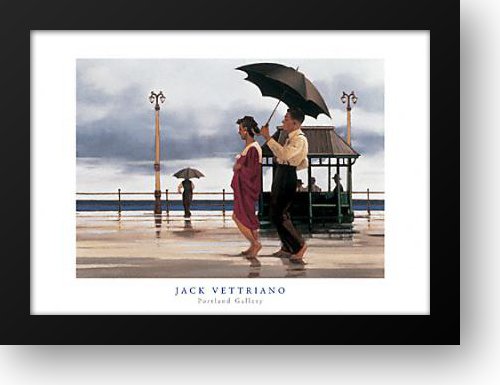 The Shape of Things to Come 32×24 Framed Art Print by Vettriano, Jack 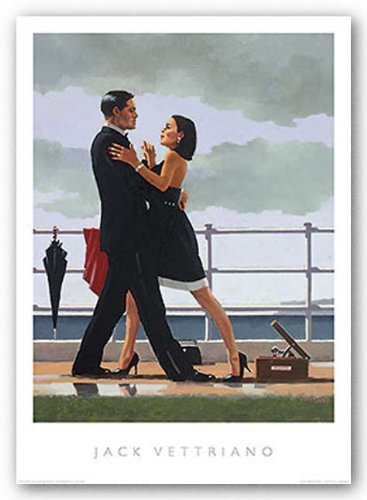 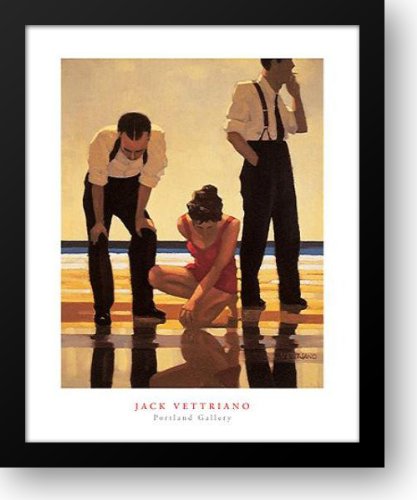 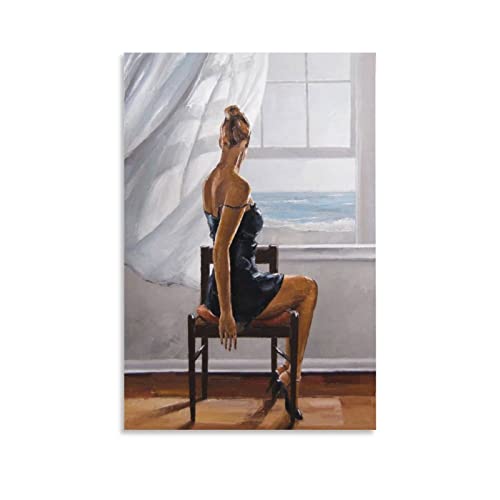 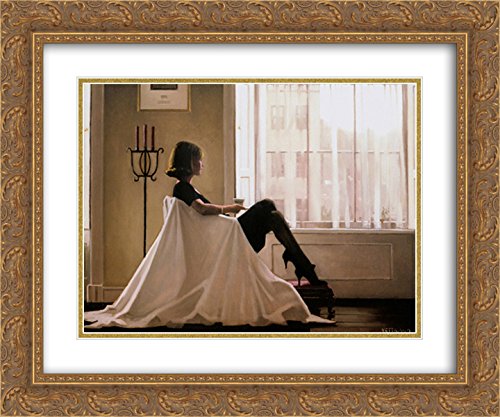 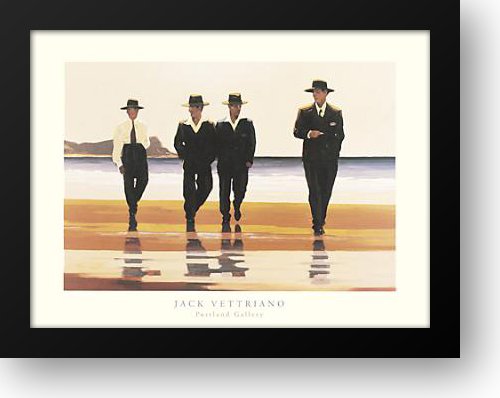 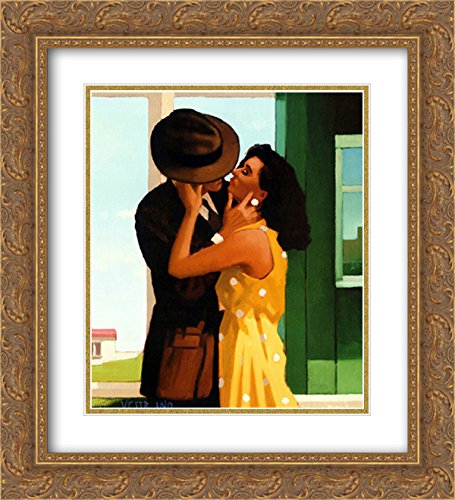 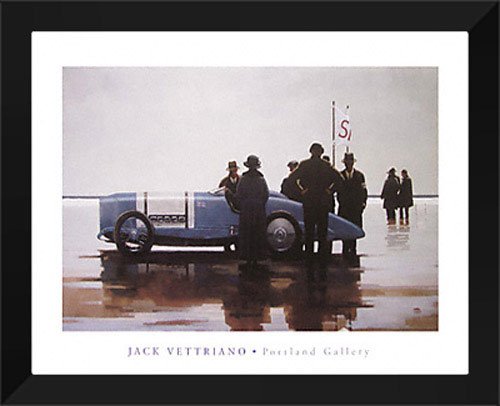