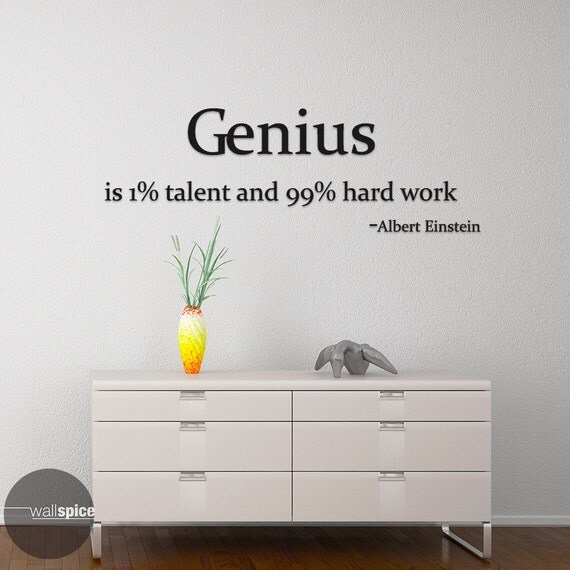 Genius is 1% Talent 99% Hard Work by WallSpiceDecals
Albert Einstein was a German Theoretical Physicist. He was born on March 14th, 1879, and passed away on April 18th, 1955.

Here you’ll find wall decal quotes generally attributed to him. However, online it’s difficult to confirm whether every single quote was, in fact, his. Most of them we’ve seen in one form or another in memes and items online.

If you’re looking to add smarty-pants inspiration to a room, vinyl wall lettering is a straightforward and mess-free way to put up wall quotes. You won’t have to sand, paint or stencil.

Place these in an office, a den, a study, or in the home’s main room. Use them as positive affirmations. 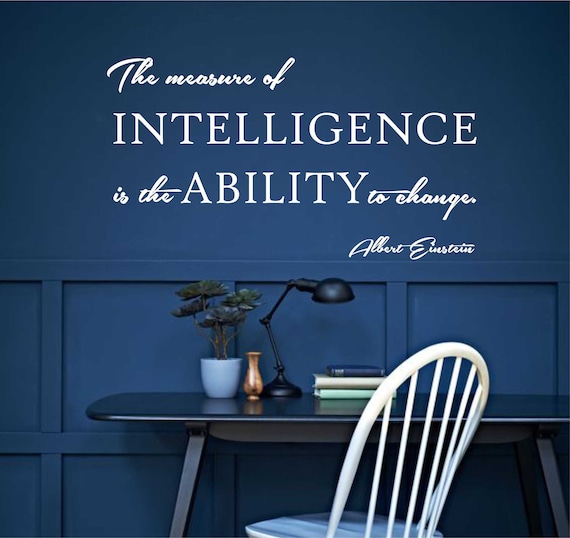 Measure of Intelligence is Ability to Change by WallsthatTalk 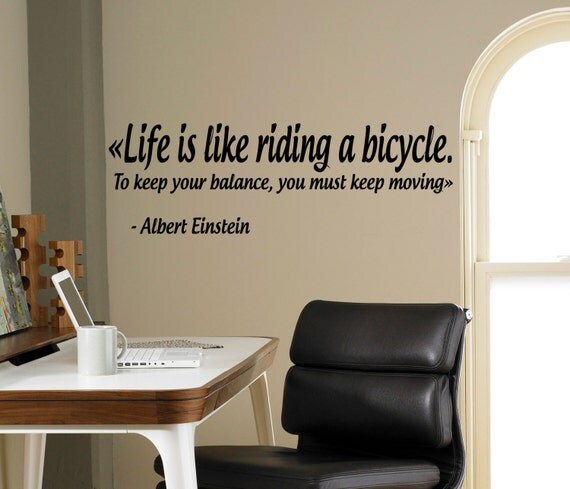 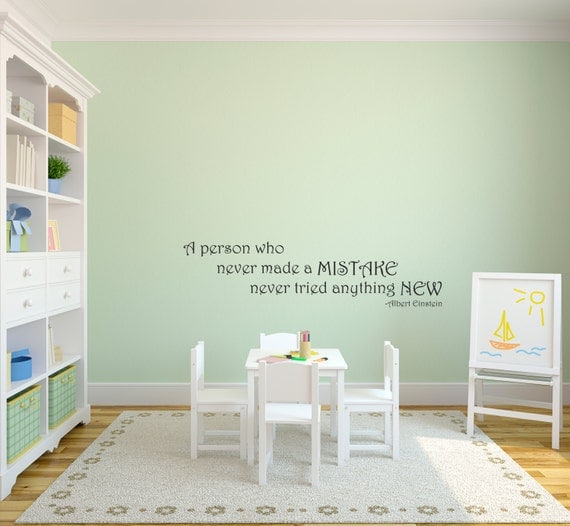 A Person Who Never Made a Mistake by DanaDecals 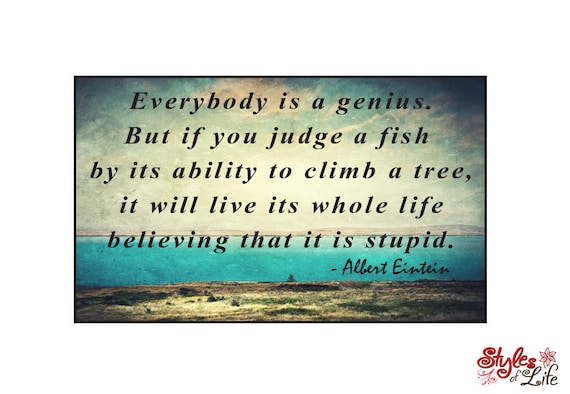 Everybody is a Genius Wall Decal by StylesofLife

If you’re featuring Albert Einstein Quotes on the Wall; then you may find some of these brief facts about him quite Interesting:

Some Facts About Albert Einstein